For around 500 years Southsea Castle operated as a military fortress. Its location was chosen so it could guard against enemy ships headed for Portsmouth Harbour and the naval dockyard. The castle was part of a network of fortifications in the Solent area (the sea between the Isle of Wight and the mainland) and has seen many changes over the years.

Here we will look at some of them.

Southsea Castle was built on the orders of King Henry VIII, and was completed in 1544. Although small, the castle had powerful defences – including cannons that could fire at any passing enemy. As times changed and weapons grew more powerful, the defences had to be upgraded.

Sometimes the castle was not well maintained, and repairs were needed. The first major alterations came in about 1665 when the defences were strengthened so even more cannons could be fitted. Another change that happened around the same time was the addition of the “glacis”. This was a sloping earth bank around the castle that hid the lower part of its walls, making them a harder target for enemy cannons. 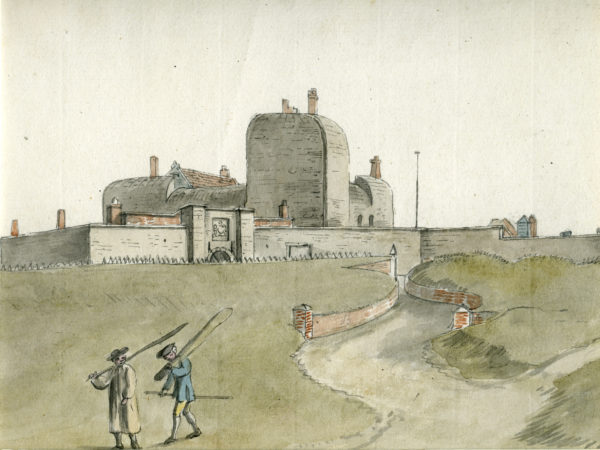 A view of Southsea Castle in around 1760. This shows the earth bank around it (the glacis) that protected the walls from enemy cannon fire.

In 1759, soldiers’ families were cooking in one of the castle’s rooms when sparks from a cooking fire fell through the floorboards. They went straight through to a room below, where gunpowder was stored – resulting in a huge explosion that caused much damage to the building and killed 17 men, women and children. Not long afterwards the authorities considered demolishing Southsea Castle, as it was in such bad condition. What saved it was war with France and the threat of invasion… Suddenly the castle was once again needed to defend the area.

One of the most significant periods of change in Southsea Castle’s history came in 1813-14, towards the end of the wars against the French – who were ruled by Emperor Napoleon Bonaparte. The north wall was knocked down and rebuilt further out.

The original wall had been solid, but the new wall now had rooms inside so that a larger garrison could live at the castle. The new, wider walls also had more space on top for cannons.

Another unusual feature added at this time was a tunnel running around the outer edge of the moat. Openings in the tunnel walls meant that if any attackers got into the moat, the defenders could shoot them in the back! This tunnel is connected to the inside of the castle by an additional tunnel that crosses the moat. The additional one is topped with stone slabs – which led to a rumour that the tunnel that goes out to the sea forts. It’s nice idea, but unfortunately it isn’t true.

A lighthouse was built at the castle in the 1820s. It was positioned there to help guide ships down the deep water channel that led into Portsmouth Harbour.

For a short period in the 1840s the castle’s use pivoted and it was used briefly as a military prison. 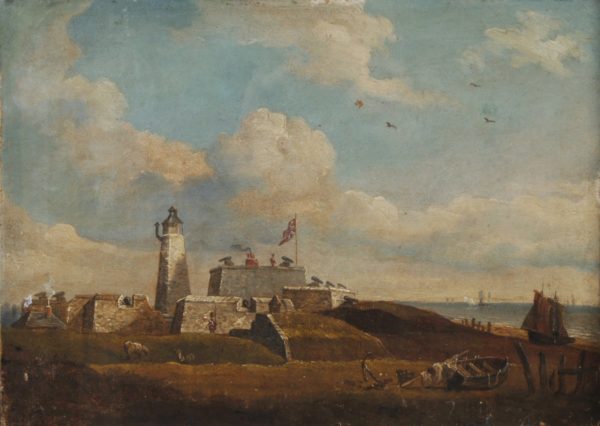 This painting shows the Castle in about 1850. You can see the lighthouse on the left. On the walls and the keep (the square, higher building to the right of the lighthouse) there are cannons mounted on wooden carriages that could turn from side to side so they could fire over a wider area.

In the 1860s the East and West Auxiliary batteries were built on either side of the castle. These still survive as the high banks behind The D-Day Story car park and Castle Field. Guns had grown too big to fit inside the castle, so these new batteries housed additional guns that pointed out into the Solent.

At the same time a high brick wall was built along the back of the whole site, in case an enemy landed along the coast and tried to attack the castle from behind. Part of this wall still survives between the car park and the road. 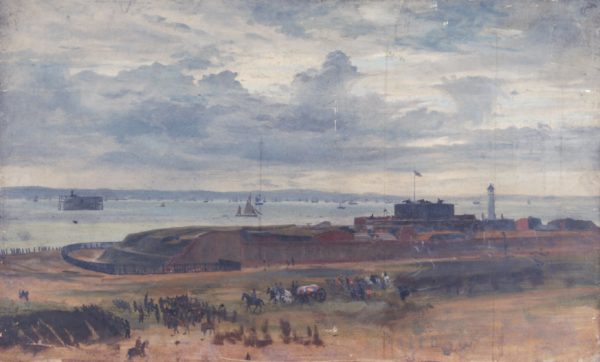 This painting by an unknown artist shows the castle and the East Auxiliary battery next to it. You can see the brick wall that ran along the back of the site in case an enemy attacked from the rear.

In the First and Second World Wars, the castle was manned by soldiers ready to defend Portsmouth. It was now at the centre of a network of defences including the sea forts nearby. 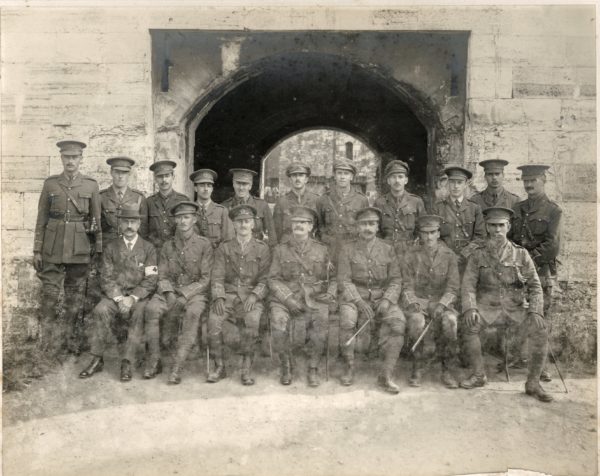 Army officers outside the castle entrance during the First World War. They manned the defences in case enemy ships tried to attack Portsmouth’s naval base.

By 1960 weapons and warfare had changed and the Army no longer needed stone fortifications. Southsea Castle and the surrounding land was acquired by Portsmouth City Council for public use. Many extra features like searchlight emplacements and walkways had been added to the castle in recent decades. These were removed so that the building looked similar to how it did in around 1814. 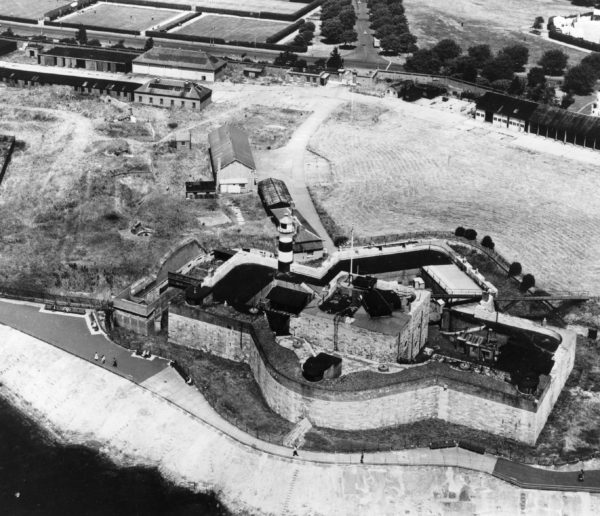 The Castle as it looked when the Army left in 1960. The most modern additions were removed so that today the building looks similar to how it would have done in 1814.

There were other changes made to Southsea Castle during its history, but we can’t mention them all here. If you are interested you might like to visit us and buy our guidebook.