Almost exactly 100 years after Southsea Castle was built it suffered the only direct attack in its history. This was in 1642, at the outbreak of the English Civil War.

The Parliamentary forces opposed to King Charles I waged war to try to limit his power. Fighting broke out across England between the two sides as they tried to keep or gain control of important locations.

At this date Portsmouth was much smaller than today, and was mostly concentrated in the area known as Old Portsmouth – near the entrance to Portsmouth Harbour. There was nearly a mile between the town and Southsea Castle. The area in-between was marshy with few people living there. The rest of Portsea Island was mostly farmland or wasteland. 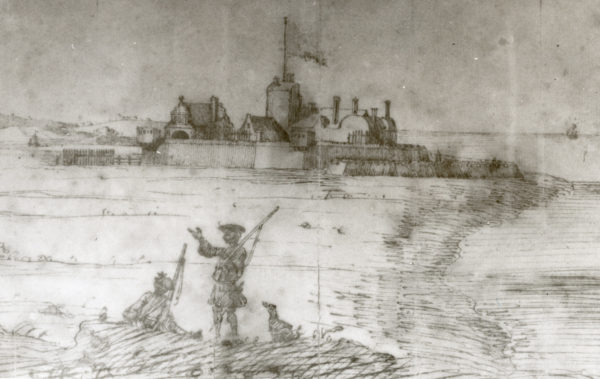 A view of Southsea Castle in the 1700s. It would have looked similar at the time of the Civil War, a little earlier.

The town of Portsmouth was held by forces loyal to the King. Both sides wanted control of Portsmouth Harbour so they could use ships to move troops and supplies around by sea.

In September 1642, troops supporting Parliament aimed to take control of the town and castle. Although Southsea Castle had 14 cannons to defend against any attackers, it only had a garrison of 12 soldiers – who were facing more than 400 attackers!

At night some of the Parliamentary troops got between the castle walls and the sea. Unfortunately, the defenders had moved all the Castle’s guns so they faced inland, i.e. the opposite direction. This meant there was little the defenders could do against such overwhelming odds.

The Parliamentarians demanded that the garrison surrender. The castle’s commander, Captain Chaloner, had been drinking and did not feel well enough to consider this question. So, he asked if the attackers could wait until the morning for his reply!

Unsurprisingly the Parliamentarians would not co-operate, and 80 of them climbed the castle walls and captured it. The only casualties were a few of the attackers who suffered minor injuries when jumping into the moat. 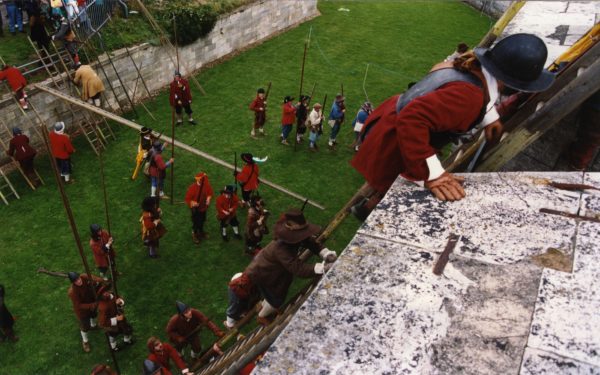 A re-enactment of the capture of Southsea Castle during the Civil War.

When the town’s governor realised that Southsea Castle was captured, he ordered the cannons on the city walls to fire at it. However, this did not cause any harm and Portsmouth surrendered to the Parliamentarians three days later. 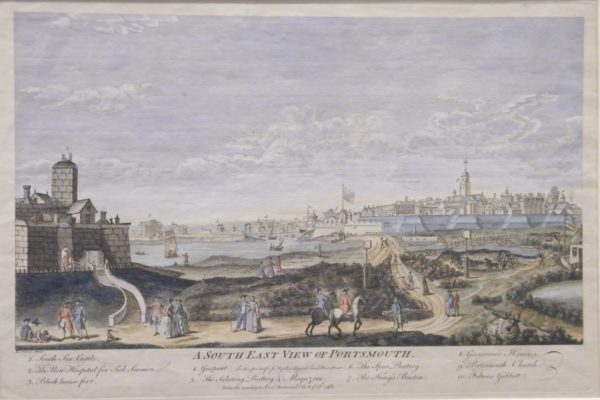 This scene drawn in 1765 shows Southsea Castle (on the left) and the town of Portsmouth with its surrounding fortifications (background on the right). When the castle was captured in 1642, both sets of fortifications looked slightly different, but still this gives you a good impression of what the area looked like.

The Civil War continued until 1646, but later resumed with further battles until 1651.